A system of Mega_Links, each with an associated Mega_Bridge can be used to communicate over any existing local area network (LAN) or wide area network (WAN) system. Any combination of network end-point communications media can be used and there is the facility to configure a primary and a secondary fall-back means of communciation in the event of a communications outage. 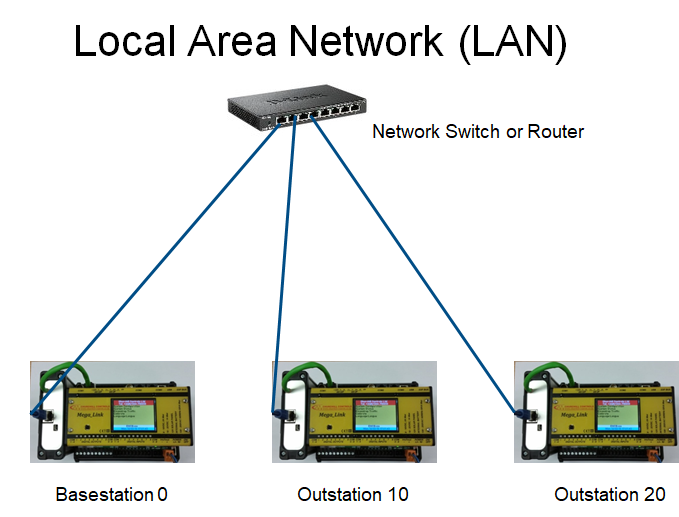 Mega_Bridge can work in conjunction with the secure cloud services platform provided by Amazon Web Services (AWS) to give a cloud service which is fully administered by Churchill Controls. This builds upon the “Security in the Cloud” by including secure authentication and data encryption to provide a fully secured and transparent system to the end user. 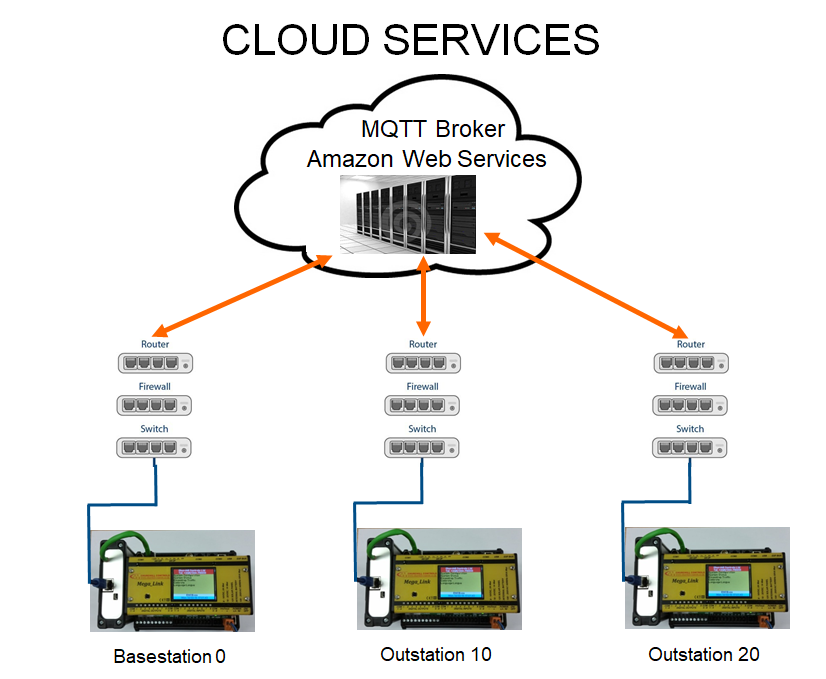 Mega_Bridge has an additional and independent operational mode, called “DUCX_Bridge mode” which can be used for remote network node management of basestation and outstation subsystems. This should greatly reduce the need to travel and physically attend site which will save considerable working time and resources. Examples of remote node management include monitoring and maintenance of configuration files, firmware updates and collecting diagnostics information from a Mega_Bridge & Mega_Link combination situated at a totally remote location. Either by end-user, authorised service personnel and remote office based support from Churchill Controls service engineers. Instead of a physical USB cable connected from the user’s laptop running DUCX configuration and diagnostics software, the laptop’s USB port is connected to the Mega_Bridge unit operating in DUCX_Bridge mode. This is pre-configured by means of a software application running on a Windows computer that can handle the setting up of a secure communication path with a dedicated message server to each of the respective Mega_Bridge units, wherever they may be located in the world. 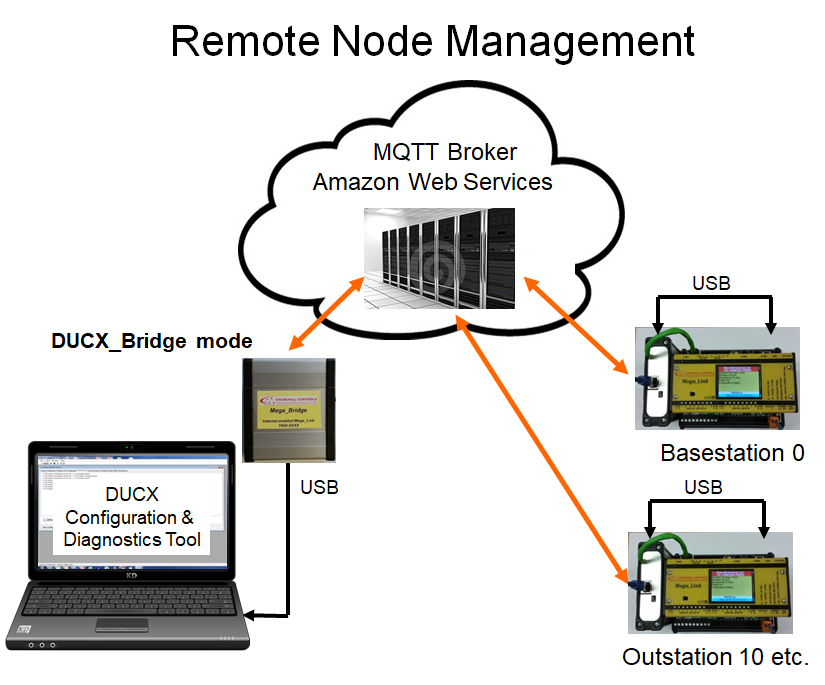 In addition to remote communications and remote maintenance and management there are other important benefits that the Mega_Bridge brings to the Mega_Link. The internet connectivity enables remote diagnostics of both devices and configuration changes from completely remote locations. To support this, all communications across our dedicated messaging broker are secure by default, no device can connect without the correct levels of authentication or authorisation and everything is sent across an encrypted channel. Other benefits include the ability to maintain logs of Mega_Link and Mega_Bridge activity and receive regular updates on system health status. These logs can be stored on the device memory and emailed regularly to a specified email address. The Mega_Bridge functionality is easily added as an expansion upgrade to an existing Mega_Link system installation, already using communications links such as 458or 869 MHz low power radio, V23 leased line/private wire or GPRS.

• Highly user configurable; a Mega_Bridge unit operates in conjunction with each Mega_Link basestation and outstation unit

Back to Telemetry Products