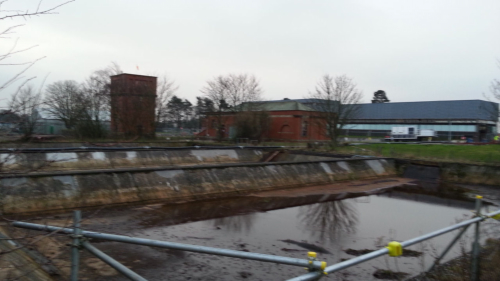 This scheme is owned by United Utilities and comprises two sites, Melling Boreholes and Southport Treatment Works, which are about 3.5Km apart.

Both sites are controlled by Siemens Simarc S7-300 PLC’s, but the PLC’s need to exchange data. ICL chose Churchill to supply a radio link comprising a Micro_Link bases-station at Southport and a Micro_Link outstation at Melling.

Each Micro_Link communicates with the Siemens PLC using Modbus protocol. The system passes around 400 analogue values from Melling to Southport and 150 values in the opposite direction.

An important feature of any system like this is to consider all possible fault conditions. Micro_Link incorporates extensive error detection features, so the system has been configured to provide alarms on the 8 digital outputs at both the base-station and the outstation. These can be read by the PLC’s independent of the Modbus communications.

The alarms provided include a mains power failure from both sites. In the event of a power failure the telemetry system will continue working from its internal battery back-up. If a power failure lasts more than around 8 hours the batteries will eventually run down so the system would stop working. Before this happens each site will generate a Battery Low alarm that is presented at both ends of the link to warn of pending system failure.

In addition there are three communications fail alarms to show loss of comms between the base-station and the outstation, and between either Micro_Link and the associated PLC. Any one of these three alarms means that the PLC’s are no longer connected so the control software can take whatever action is deemed necessary.